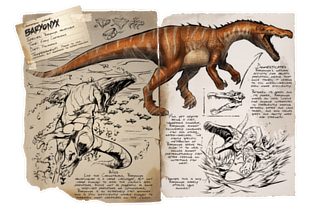 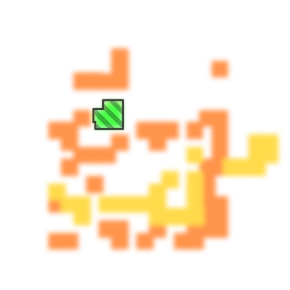 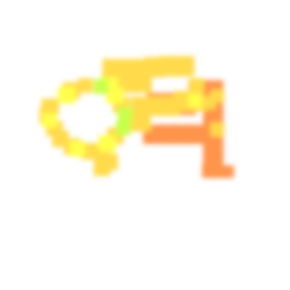 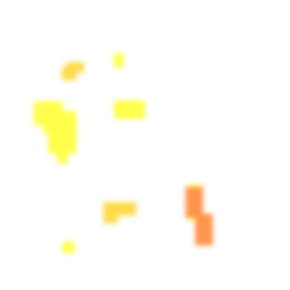 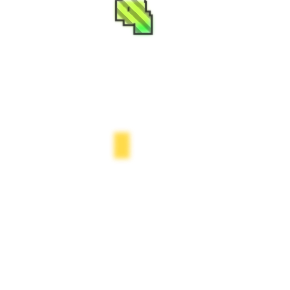 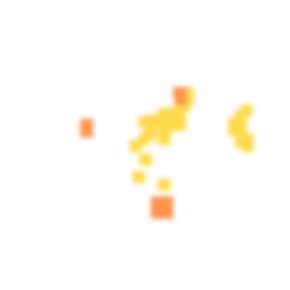 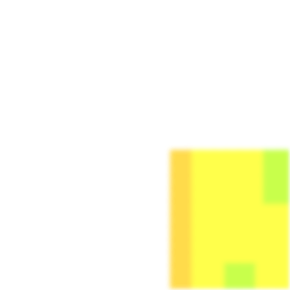 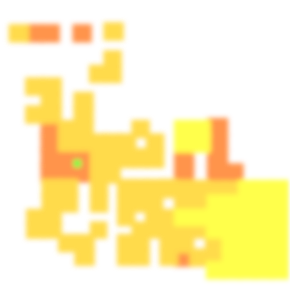 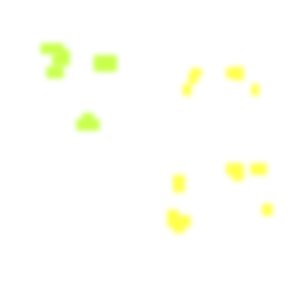 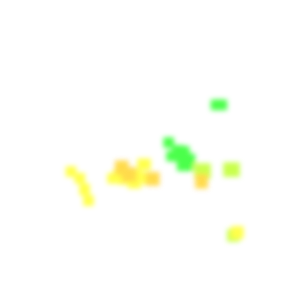 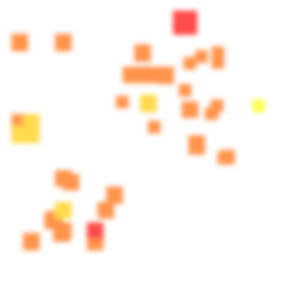 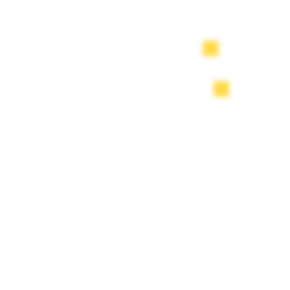 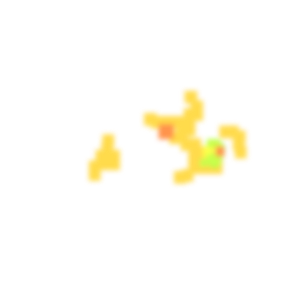 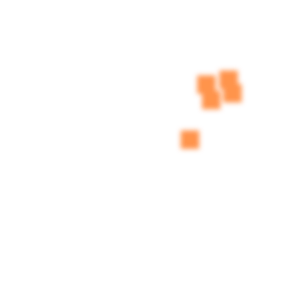 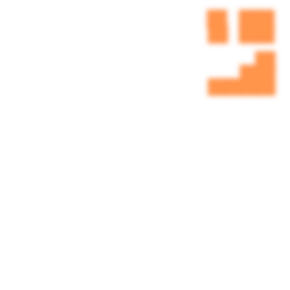 The Baryonyx (bare-ee-ON-iks) is one of the dinosaurs in ARK: Survival Evolved.

Passive to land creatures, but aggressive to water-dwellers

Like the Carnotaurus, Baryonyx aquafulguar is a large carnivore, but not large enough to rival the Island's apex predators. While not as powerful as some deep-sea predators or Spinosaurus, Baryonyx is an extremely fast swimmer who is still sufficiently nimble enough to threaten most creatures on the Island. And yet despite being a fast, dangerous dinosaur, Baryonyx almost exclusively consumes fish and other water-dwellers. The highly specific metabolism of Baryonyx seems to allow it to heal wounds almost preternaturally fast after feeding on nutritious fish meat. Perhaps this is why Baryonyx rarely attacks land animals?

Baryonyx's natural affinity for aquatic predation means that once tamed; it learns to kill ocean-dwellers even more efficiently. Between its speed and its power, Baryonyx makes an ideal choice for anyone interested in frequently moving between water and land travel, and who values speed and agility over raw strength.

It lives near bodies of water, due to the fact that it eats fish as its main diet. It is also a very good swimmer, sometimes needing to go out into the water to get its prey, however, it is also said that its long claws are for catching prey on land, not just in water.

Despite what the dossier states, a Baryonyx will target any nearby players, mounts or wild creatures, regardless of whether they are on land or in water. While this creature is not the fastest swimming mount (slower than Megalodon during sprint, at base), its ability to temporarily stun creatures (for 10 seconds) with its spin attack can make the Baryonyx an adept aquatic mount or fighter. The stun does not function on very small, dangerous creatures such as Cnidaria, nor very large, dangerous creatures such as Mosasaurs. Unless your target is medium-sized, the targets will only be damaged. Additionally, much like the Kaprosuchus, the Baryonyx will surface in a more diagonal trail rather than a directly vertical path, making it slightly more difficult to escape from Mosasaurs and Plesiosaurs.

Baryonyx resembles a typical mid-sized carnivorous dinosaur except for its crocodile-like head with serrated teeth and having longer arms with large claws. These features are specially adapted to the animal's diet of fish and other water-dwellers. It looks somewhat like a hybrid of a Kaprosuchus and Spino, and is about the size of a Carnotaurus.

This section displays the Baryonyx's natural colors and regions. For demonstration, the regions below are colored red over an albino Baryonyx. The colored squares shown underneath each region's description are the colors that the Baryonyx will randomly spawn with to provide an overall range of its natural color scheme. Hover your cursor over a color to display its name and ID.

Aberrant Baryonyx is the Aberrant variant of Baryonyx found in Aberration. It is identical to the normal Baryonyx except for its glowing robe. It is tamable and is

Survivors should create a trap out of stone structures and a ramp to lead the baryonyx into. If this is not a possibility, use your flyer to navigate to a safe location and begin tranquilizing it.

Water Note that the values are for optimal cases, always bring extra supplies!
For a level-dependent count of resources needed, try an external taming calculator.

This section describes how to fight against the Baryonyx.

The Baryonyx is usually seen along shore lines. It is a highly aggressive predator, and will pursue its prey to death, unless its Torpor gets too high.

Killing a Baryonyx on land is rather straightforward, being as frail of a creature as it is. Shooting it from a ledge or hitting it with a

Sword will defeat it rather quickly. Attacking it with tamed creatures will finish it off with even less effort.

This changes when in the water. Due to its ability to stun lock creatures when in the water it is highly advised to avoid combating it in its element. Kite the Baryonyx out of the water to finish it off with arrows, bullets, or your tamed creatures. If a sarcosuchus is being led out of a swamp, continue running as right after the sarco is unstunned it can easily dash away.

On land a Baryonyx can be taken out with firearms, melee weapons, and with tamed creatures rather quickly. In water however, it is advised to not engage at all.

Baryonyx on land poses as much of a threat as any of the larger carnivores, but it is deadly in the water. Its tail spin will stun lock the player, rendering them unable to surface for air or draw their weapons to defend themselves. Death by drowning is almost certain if it catches you underwater. If you try to catch the Baryonyx with a wyvern or quetzal while it is in water, be careful not to be spotted (an approach from behind is the better option), and stay at a far enough distance from the surface or it may stun your bird and dismount you. (Warning, can be a danger to even moderately equipped players if it is a higher level.)

On land, the baryonyx is no more powerful than 1.5 raptors, so it is possible to simply have a mount tank the damage while the rider shoots it down.

Oddly enough unlike other Stuns the

Tek Chestpiece's Jetpack still functions like normal making it a simple tactic of boosting then hovering for the stun's duration.

This is a list of all the creatures of ARK and how each of them is affected by the Baryonyx's tail spin attack, which can inflict a 10 second stun affect to

Humans as well as some other creatures, including the Baryonyx itself. All creatures and survivors that are inflicted with the stun attack in any way will also show an orange-yellow swirly particle effect that can usually be seen around the head region.

The following creatures are stunned by the Baryonyx's tail spin attack and thus will be unable to move or fight back for 10 seconds, occasionally more:

The following creatures are not stunned by the Baryonyx's tail spin, as they can still move and attack. Instead, they are only slowed for 10 seconds, occasionally more:

Note that when the

Ammonite is hit with the Baryonyx tail spin attack, it will not spray ink attracting other creatures as it normally would. This means that the Ammonite can more or less be safely killed and harvested by your tamed Baryonyx without attracting unwanted creatures.

For information pertaining specifically to the real-world Baryonyx, see the relevant Wikipedia article.

Retrieved from "https://ark.wiki.gg/index.php?title=Baryonyx&oldid=502442"
Categories:
Hidden categories:
Cookies help us deliver our services. By using our services, you agree to our use of cookies.