This article is about Diplodocus, not to be confused with 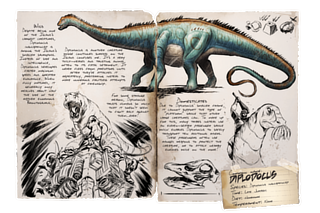 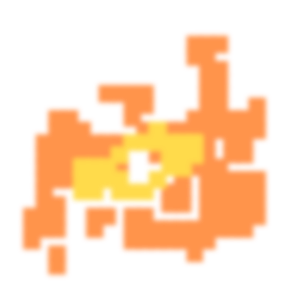 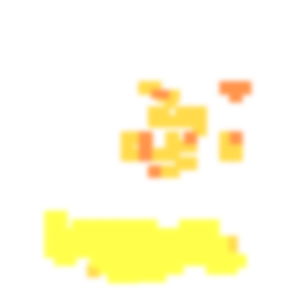 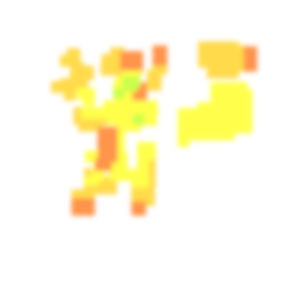 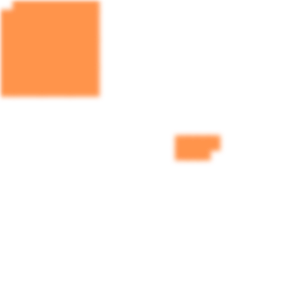 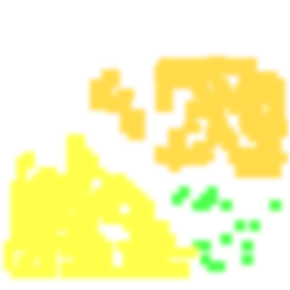 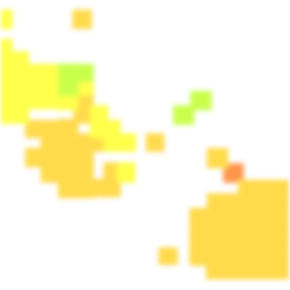 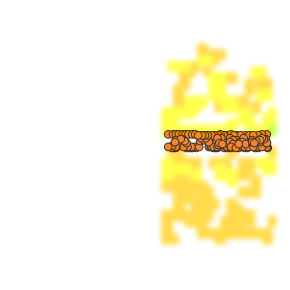 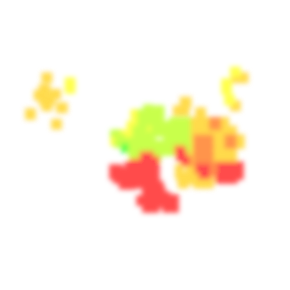 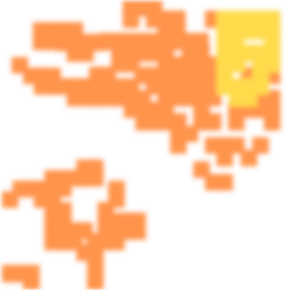 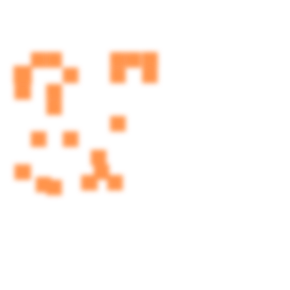 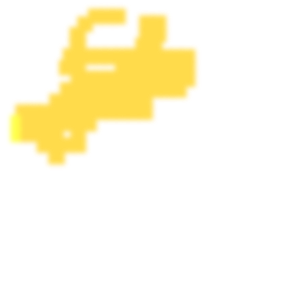 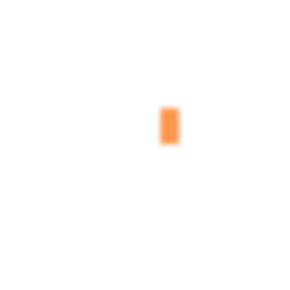 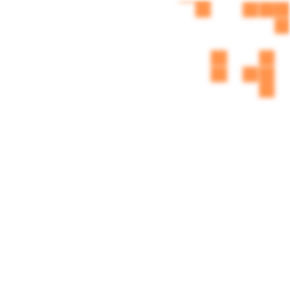 The Diplodocus (dih-PLOD-uh-kus) is one of the creatures in ARK: Survival Evolved. They are a large, remarkably long tailed sauropod from the Jurassic's North America and lived in grasslands and deserts. In the game, they are common in those biomes as well as the Redwoods and are incapable of dealing any damage.

Despite being one of the Island's largest creatures, Diplodocus insulaprincep is among the Island's smaller sauropods. Instead of size and intelligence, Diplodocus developed faster maximum speed and greater endurance. When fully matured, it generally only reaches about half the size of the rather enormous Brontosaurus. Diplodocus is another creature whose continued survival on the Island confuses me. It's a very thick-headed and trusting animal, often to its fatal detriment. It never flees from predators until after they've attacked it repeatedly, preferring instead to make numerous fruitless attempts at friendship. For some strange reason, Diplodocus trusts humans so much that it doesn't seem to fight back against them…ever!

Due to Diplodocus' smaller frame, it cannot support the type of "platform" saddle that other large creatures can. To make up for this, many tribes instead use an eleven-seater passenger saddle which enables Diplodocus to safely transport ten additional riders. These passengers often use ranged weapons to protect the creature, or to attack nearby enemies while on the move!

These animals wander the warmer areas of the island, keeping more in the trees as opposed to the beach loving Brontos. A friendly and playful animal, Diplodocus will often nuzzle animals in friendly manner. While this nuzzle does no damage, it does have knockback, and could potentially knock you off a cliff. They are surprisingly fast and very persistent with their games, refusing to stop even when their “toys” try to flee, stab, shoot, or start eating them.

Fortunately for the Diplodocus, they’re large enough and have tough enough skin that only the larger and more determined predators even bother with them. Even many humans don’t bother them much in comparison to other creatures, posing no direct threat and being just enough of an annoyance to take down where many won’t bother to do so on a whim. Some survivors will even come to their aid, their size and tough hide providing a convenient distraction for those tribes seeking a top predator. Without these bits of luck however, the Diplodocus simply wouldn’t stand much of a chance.

Despite being enormous animals, they are by far the smallest of the three sauropods that roam the Island. At first glance, the Diplodocus resembles its close relative the Brontosaurus, but further observation reveals differences. The Diplodocus is very long with a whip-like tail and a low-slung body in contrast to the raised head and larger body of the Brontosaurus. It also has a smaller head with large pointy teeth sticking out for tearing vegetation to swallow as well as many small spikes along its back, shoulders, and hips.

This section displays the Diplodocus's natural colors and regions. For demonstration, the regions below are colored red over an albino Diplodocus. The colored squares shown underneath each region's description are the colors that the Diplodocus will randomly spawn with to provide an overall range of its natural color scheme. Hover your cursor over a color to display its name and ID.

Aberrant Diplodocus is the Aberrant variant of Diplodocus found in Aberration. It is identical to the normal Diplodocus except for its glowing robe. It is tamable and is not

Melee Damage. This value is greater than zero because it is also - or in this case only - used for the knock back impulse.

Note: Although the DevKit has data for taming with Vegetables, the Diplodocus doesn't accept these as food for passive taming.

Diplodocus is able to be both traditionally knockout tamed or passive tamed. If you attract its attention, it will try to push you away, which deals no direct damage (indirectly: fall damage or being pushed into hostile creatures).

There is no need to take any exact caution with the Diplodocus in terms of passive taming. Even if "aggro'd", granted its vocalization when it notices the player and the voices it makes when "attacking", it is simply trying to be friendly, by nudging the player. The only concern to this is that the knockback might deal fall damage. If taming near uneven terrain, you might want to use a more careful approach, such as traditional passive taming, to avoid it noticing you. By standing near its front legs at the base of its neck or under its belly, you can actually stay out of the range of its nudging. However, it is perfectly fine to have some fun and play with the Diplodocus by letting it bounce you around, as it will not affect taming effectiveness so long as you don't hit it, and make sure as you "play" to get close enough at times to make sure you can feed the Diplodocus again. It is most likely the easiest of all passive tames, and in this unique "playing with a dinosaur to tame it and bond with it" aspect, the most fun tame. This "playing with the Diplodocus" taming method is also useful for moving it away from predators which could attack it, and leading it to a safer spot where the tame can be easier.

Standing under it, just behind its front legs will cause it to try and hit you continually, without actually managing it, making it completely stationary and unable to move you. Easy for non-violent tame. However, it should be noted that the time interval between the first and second feeding is very long while every other time is much shorter.

Should you wish to avoid being bounced around you can use a Ghillie Suit to decrease the chance of it noticing you. You can also stay within the area where it can't hit you, behind and underneath it.

Additionally, you can use a grappling hook to stop the knockback at a certain distance. (Or just pull yourself so close you don't get knocked back at all.)

The Diplodocus is NOT a good battle mount for solo/small tribes, its attack does 0 damage but can do a large amount of knock back. The target is not even aggroed from this attack. If a large tribe is using this Dino it needs an escort or multiple well armed players on the many seats in the saddle. If you can get a whole row of people on one side of the seats, all equipped with pump action shotguns this Dino becomes a deadly mount. It is great for large tribes to use as effectively an Anti Air mount. With several players with guns on this Dino it will destroy flyers, and it is too big to be picked up by even a quetzal. If you are riding this Dino and are being attacked try to face the attacker and use the attack's knock back to launch the attacker away and quickly do a U turn and sprint away. Overall this Dino without an escort or armed players riding it, could compete as the worst battle mount in the game, but if it is armed with players it is a formidable battle mount.

Killing it, if that's actually what you want to do, poses no difficulty; Diplodocus can "attack" the player but its attacks are, uniquely, purely defensive and it does no damage, and the knockback is barely an inconvenience unless the player has been careless and approached the Diplo with his or her back to a cliff or to other, more dangerous enemies.

Try to hurt it, without getting pushed back from Diplodocus. It does no damage, but you could fall to your doom if pushed off the wrong spot. Try to stay under its belly, as it cannot push you back.

Every ranged weapon made for fighting and most dinosaurs are usable for killing them. if you used the aforementioned strategy of staying under its belly, weapons as basic as a Stone Pick can work.

Being pushed off of a cliff or mountainside, or thrown into an area with hostile, stronger creatures.

It cannot do any damage to other dinos or players, so the only way it can damage anything is if it manages to throw it off of a cliff. It may also throw players and tames into hostile dinos.

For information pertaining specifically to the real-world Diplodocus, see the relevant Wikipedia article.

Retrieved from "https://ark.wiki.gg/index.php?title=Diplodocus&oldid=502459"
Categories:
Hidden categories:
Cookies help us deliver our services. By using our services, you agree to our use of cookies.