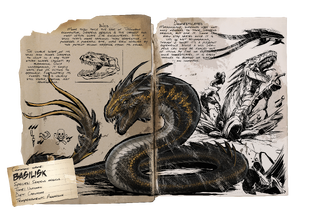 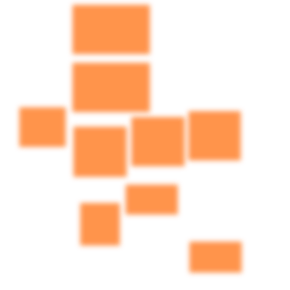 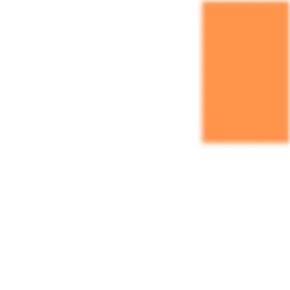 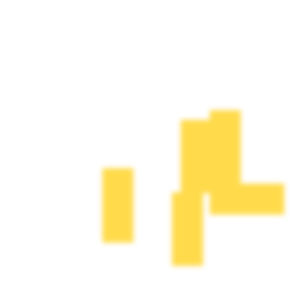 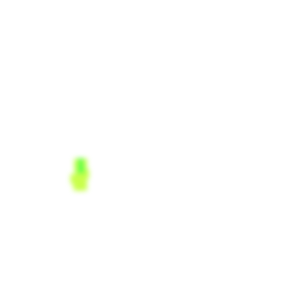 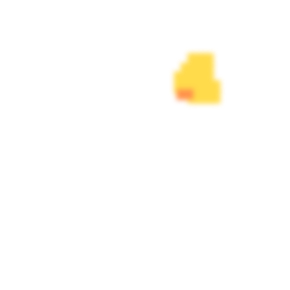 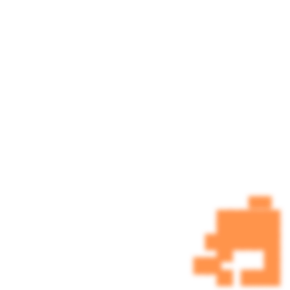 This variant spawns only during an Event 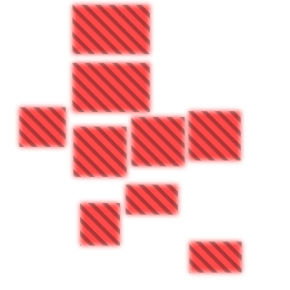 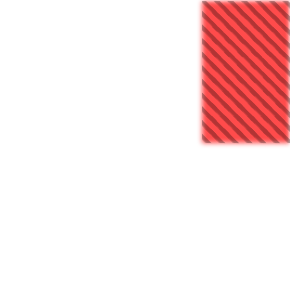 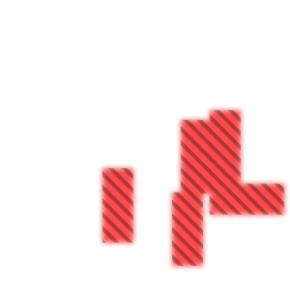 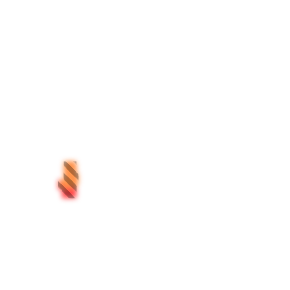 The Basilisk is one of the creatures in ARK: Survival Evolved's Aberration expansion.

More than twice the size of wild Titanoboa exonantur, Serpens regulus is the largest and most lethal snake I've encountered. With a skull that's more draconic than serpentine, it possesses a powerful bite, made even deadlier by the potent venom dripping from its fangs. The unique shape of its skull allows Serpens to hunt in a way that other snakes cannot: by burrowing. Once underground, it simply waits for its victims to approach. Fortunately its forked tail is usually still visible, poking just aboveground.

Miraculously, survivors have not only managed to tame Serpens regulus, but ride it. Some can even stay seated while it lies in wait belowground, though I doubt it's a pleasant experience. While a wild Serpens can only be forced out of hiding by fire or explosives, once domesticated, it is easily trained to burrow or surface on command.

It can often be seen by its unusually three-forked tail poking out of the earth as it waits hidden underground for its prey to approach before it can spring out in ambush. It may stay in such a state patiently for days on end, until the opportunity arises to which it will violently burst out of the ground and launch an attack of venomous bites and poisonous spit blasts similar to the poison breath of the

Poison Wyvern. After killing and consuming its prey, it again will quickly dig back into the ground where it waits again in ambush.

Spawns at an uncommon rate in The Portal and rarely in The Edge areas. It can also be found sporadically across most of Aberration.

The size of a Basilisk is exceptionally large and is huge compared to its cousin, Ark's

Titanoboa. As said in the dossier, it has a 3-pronged forked tail. It is unknown what purpose this very strange appendage serves, though it could be used in sensing vibrations. Like a snake, the whole body is legless and serpentine, covered in many small diamond-shaped scales, but also has other unusual features including many large, spade-like spikes at its lower body and tail region, smaller versions of said spikes at the head and neck, and a serrated and scaly belly; all presumably to aid in digging. The head is draconic in shape and is blunt and sloped at the front. The mouth is full of sharp, pointed teeth as well as 2 longer fangs on the top jaw, and a forked tongue. The eyes are glossy and dead looking. At the back of the head lie a pair of backward facing and long, almost antelope-like horns.

This section displays the Basilisk's natural colors and regions. For demonstration, the regions below are colored red over an albino Basilisk. The colored squares shown underneath each region's description are the colors that the Basilisk will randomly spawn with to provide an overall range of its natural color scheme. Hover your cursor over a color to display its name and ID.

Basilisk Ghost is a phantom creature that appear during Fear Evolved events. When you kill it you obtain the

Basilisk Ghost Costume to give your own tamed Basilisk the look of a ghost.

This section describes how to fight against the Basilisk.

Basilisks will always stay hidden throughout their existence through burrowing. It is possible to tell if one is near when there is a forked tail sticking out of the rubble. Being around a dozen feet away will aggravate them, causing them to emerge.

It is ill advised to ever fight a Basilisk alone, so make sure to at least be mounting a decent creature or have good weaponry.

Basilisks are somewhat easy to outrun with most mounts, though don't underestimate their speed. If it is in the way you can kite one over a cliff. They will follow you over and then be out of your way.

Basilisks are not much harder to kill than a

Poison Wyvern, the poison can be negated with a

If one must fight without these equipment on, then other strategic measures must be taken to avoid being killed off your mount. If the mount is small, nimble, and quick, you can run and jump around while attacking, avoiding the poison spit. Larger mounts can have their bodies angled towards a poison shot as to prevent it from hitting you.

Utilize ranged weapons such as

Assault Rifles or a

Compound Bow to deal with Basilisks. Low level Basilisks can be killed with a

Crossbow if you're able to shoot from a safe location; it will require a lot of

Arrows. Because it can't be knocked down, it is highly discouraged to utilize

Torpor-inducing ammo and weapons. As the Basilisk' melee attacks induces Torpor, refrain from getting close and using melee weapons, for it can knock you out faster than it can deal damage.

As it can bury under the ground and hide with the exception of its forked tail, it can be easy to be suprised by an unsuspected ambush. As they can be found almost anywhere on the map, always keep your guard up if there wasn't a reason to do so on Aberration.

The Basilisk has a poison attack that explodes on impact, dealing massive damage. Much like the

Gas Mask can negate this. The Basilisk's bite also is venomous and if not careful, a survivor or tame can have their

Torpor rise and become knocked out. On top of this, they are strong, powerful, and fast with good

The Basilisk is tamed non-violently, rather than through the use of tranquilizers.


To tame one, the player must use fertilized

Magmasaur Eggs on Genesis: Part 1. Drop them on the ground at or near the Basilisk while it is not burrowed (while it will still eat egg even when aggro'd, chances of it eating are very low even when brought close in its path, and it is best to kite it close and make it lose interest in the player). The Basilisk will "attack" the egg when it is nearby one of them and eat it, gaining taming progress. The ancestry (e.g. the levels of the parents) of each fertilized egg will not affect the taming speed.

If more eggs are required, retreat to a safe location for a long duration, as the rate at which the Basilisk returns to being feedable is very low.

As flying mounts are not available in the maps it exists in, one of such strategy is to utilize a swift mount such as a

Raptor with high movement speed and lure it over to the fertilized egg as it moves relatively quick once aggravated. If dropping while running, ensure the egg are dropped from your own inventory, for when you drop the egg from the mount's inventory, the Basilisk will still eat the egg when it is not aggravated, but no taming progress will be made.

Another method would be to utilize mounts the Basilisk are not aggravated by, such as

Magmasaur. Dismount nearby and mount after getting its attention, then kite it into a circle. Do not hit it. Pay close attention to it-the moment it turns its head away from your tame, dismount to the other side and remount to hold aggro.

One can also use a

Karkinos. Hold a passive wild dino, such as a

Parasaur, and aggro the Basilisk. Keep turning in a circle to keep the unfortunate held creature safe, and drop the eggs from your survivor's inventory.

Keep in mind that every time the Basilisk goes to burrow, it will lose taming effectiveness and while holding aggro can suffice, an easier way to prevent this from happening is by building a trap of sorts.

Using structures can involve using Dinosaur Gates and/or Walls with Fence Foundations while leaving a corner gap small enough for the player to escape, but not for the Basilisk to escape. However, it will try to attack the structure to get to the character, so moving around to get its attention of your location and losing it after is required for this strategy to work. Be mindful for its poison spit, however.

By far the easiest way to tame a Basilisk is creating a taming pen with pillars and foundations. The Basilisk can't burrow through foundations so you will never lose taming effectiveness.

The Basilisk loses about 7-8% taming effectiveness every time it burrows. (Needs further testing)

Be careful while taming a Basilisk, as if it is heavily damaged, it will refuse to eat, only when its nearly full health before it will accept the food.

Even when not burrowed, the Basilisk will gradually lose both taming progress and taming effectiveness. One way to prevent this is to continuously keep it aggro either on you, or on a creature(tested on PC version 322.6).

Once tamed, the Basilisk will consume a standard carnivore diet of

Meat, as well as both fertilized and unfertilized

The Basilisk reduces the weight of the following resources by the listed amount while they are in its inventory:

For information pertaining specifically to the real-world Basilisk, see the relevant Wikipedia article.

Retrieved from "https://ark.wiki.gg/index.php?title=Basilisk&oldid=502535"
Categories:
Hidden categories:
Cookies help us deliver our services. By using our services, you agree to our use of cookies.