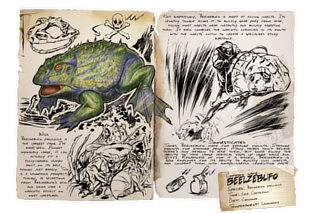 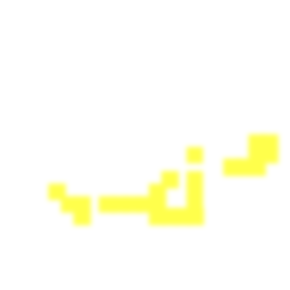 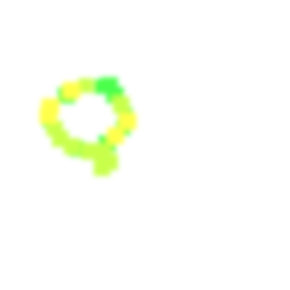 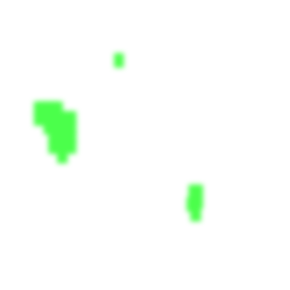 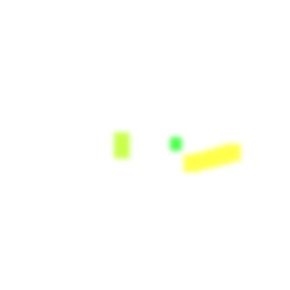 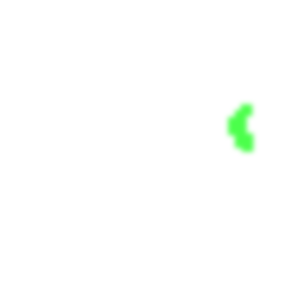 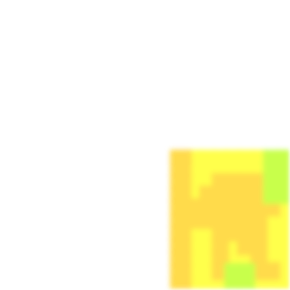 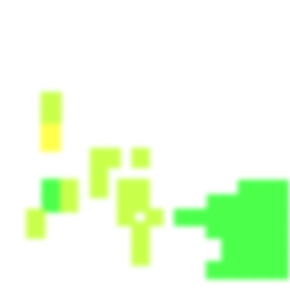 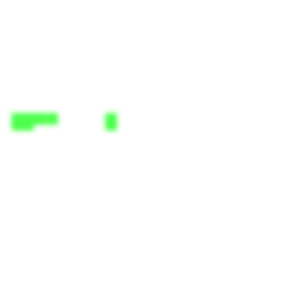 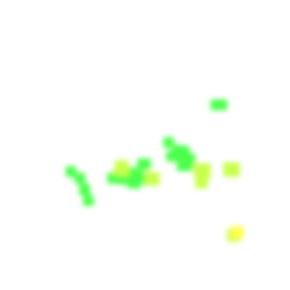 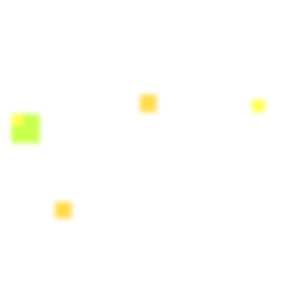 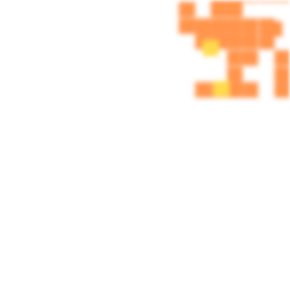 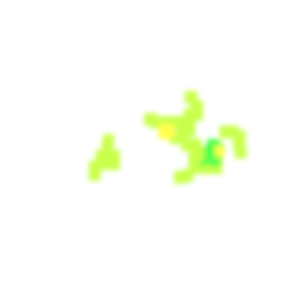 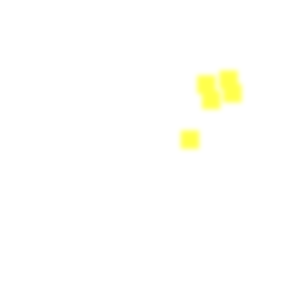 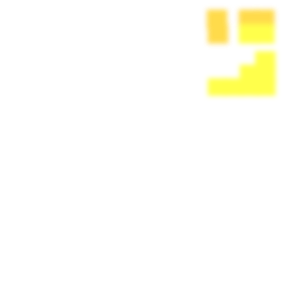 The Beelzebufo (bee-el-zeh-boo-fo) is one of the creatures in ARK: Survival Evolved. It is found in the Swamp Biome and when ridden is a fast mover (especially under water) with the ability to make very high/long-distance jumps (second only to the

Beelzebufo palucocus is the largest frog I've ever seen. Almost impossibly large, it can actually fit a fully-grown human adult on its back, though just barely. This is a dangerous prospect, though, as secretions from Beelzebufo's skin and saliva have a narcotic effect on most creatures. Not surprisingly, Beelzebufo is adept at killing insects. Its lengthy tongue allows it to quickly grab prey from afar, killing most insects near instantly and quickly digesting them. It even combines the narcotic chemicals in its mouth with the insects' chitin to create a specialized sticky substance.

Tamed Beelzebufo make for strange mounts. Strange mounts for strange people. Many tribes don't believe there's any reason to ride them, but some enjoy the ability to take large vertical hops up huge walls and cliffs. Regardless of how it is ridden, Beelzebufo is also employed for its ability to quickly cull insects, and convert them into always-useful cementing paste.

Beelzebufo spends its days hopping about in the swamps. However, if attacked, it will fight back fiercely, lashing out its poison-laden tongue at enemies.

Beelzebufo is an enormous frog, larger than a man and (once tamed) strong enough to carry one on its back. Short spines protrude from its back. It is an effective ambush predator of the island's large insect species, sedating its prey before stuffing it into its wide mouth.

This section displays the Beelzebufo's natural colors and regions. For demonstration, the regions below are colored red over an albino Beelzebufo. The colored squares shown underneath each region's description are the colors that the Beelzebufo will randomly spawn with to provide an overall range of its natural color scheme. Hover your cursor over a color to display its name and ID.

Aberrant Beelzebufo is a tameable aberrant variant of Beelzebufo found in Aberration. It is identical to the normal Beelzebufo except for its glowing robe. It is not

The standard procedure with

Tranquilizer Arrows works just fine. However be careful as its attack has a long range and can tranquilize you. Standing on top of a large rock can protect you from this, another recommended idea is to stand on a cliff and shoot it

tranquilizer arrows with but a large cliff will make you lose time, and a really short cliff gives the Beelzebufo the upper hand. Therefore use a high cliff but not too high so you can easily shoot your shots and easily slide the cliff to feed it.

Beelzebufo can also be picked up with a tamed

Argentavis and dropped into a taming pen. Since it only attacks horizontally, you can shoot it on a platform and you will be safe from its attacks.

This section describes how to fight against the Beelzebufo.

Beginners should not take the Beelzebufo lightly! Do not attack the creature on impulse. Often, beginners tend to swipe at them with whatever they have, since a frog seems like a pretty docile animal. This leads to an untimely death that could easily have been prevented. If one is knowledgeable, they can secure victory early on, or even tame this useful animal.

A good strategy to fight them is from above, because their attack only hits the area directly in front of them. Ranged weapons can reach further than its tongue, but it can close distance very quickly. In some cases, rushing it may be the best course of action. Eat stimberries if your torpor is peaking.

Better to use ranged weapons to avoid their

They can knock you out easily with their torpor-rising attacks, and can jump and swim very fast. Look out for other creatures in the swamp. The incidental backpedal into a pool of

Megapiranha can kill a player quickly, as the beelzebufo can knock the player out, opening a banquet for the piranha.

Titanoboas can add additional torpor and eat the player alive, while

Sarcos ensure no escape on water routes. The poor choice to tamper with a

Dimetrodon can be a fatal one, and the unfortunate jab into a

Paracer's leg can lead to an unfortunate death via crushing, which can send players through the map on occasion. Beware, beginners!

Their attack is mostly horizontal, so it's easy to avoid it by just getting on a rock. They do not have much health either.

Pressing the alt-fire button (default Rmb) will shoot the tongue out, inflicting

Torpor on creatures it hits, and turning dead

Glowbug into large amounts of

Beelzebufo has a giant jump (both in height and distance), and does not take much fall damage. It's great for scaling cliffs or escaping danger.

Beelzebufo is also a good aquatic mount. It is a fast swimmer, it can breathe underwater, and it recharges stamina while swimming.

Hostile players may find the Beelzebufo a perfect mount for raiding. It is able to jump over walls easily, and one hit from its tongue is enough to knock a human unconscious.

Meganeura is flying too high for the

Beelzebufo to attack, get off your

Meganeura. Quickly jump back on the Beelzebufo. or kill something nearby to attract the

Meganeura should be aggro once you hurt them or a carcass is nearby, and its swarm will follow.

Attention: Creatures killed by Beelzebufoes are immediately harvested(eaten) by them. Players seeking special loots from certain creatures should not use Beelzebufo as their weaponry.

For information pertaining specifically to the real-world Beelzebufo, see the relevant Wikipedia article.

Retrieved from "https://ark.wiki.gg/index.php?title=Beelzebufo&oldid=502444"
Categories:
Hidden categories:
Cookies help us deliver our services. By using our services, you agree to our use of cookies.