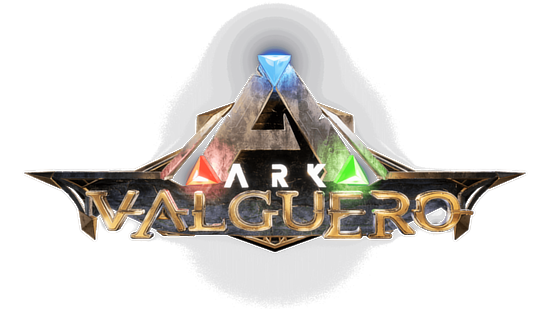 Survivors, come explore a vast and diverse 63 km2 map with a multitude of new terrains to build on! Observe familiar ARK creatures in a vast environment and meet Deinonychus, the newest ARK feathered theropod found only in Valguero.

Explore new heights and hidden depths; Whether it's creating your foundations in the White cliffs or discovering the secrets of the pit of Aberration, Valguero offers a new experience of the ARK universe. With new biomes, formidable dungeon bosses and mysterious ruins to discover, there is always something exciting - and dangerous - in Valguero. Among its more than 60 kilometers, you'll find everything from lush jungles to environmental hazards, from snowfields to lava flows, to savannas and hot springs.

Valguero features a new Creature, the

Eggs is the only way to tame a Deinonychus aside from breeding one. They are very strong and hard to kill in packs.

There are also two variations of the

Chalk Golem (in The White Cliffs) and the

Ice Golem (in the Snow Desert). These two variants are identical to the

Rock Elemental in every way except for their appearance.

All Items from the base game, and most items from Scorched Earth and Aberration are available on Valguero.