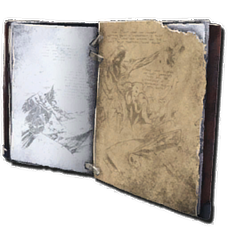 Broth of Enlightenment"). It is advisable to collect them while on a dino because your dino gets the XP and the effect as well. So the reward for finding these are doubled. If you find two Notes within a short time the effect time is added to the current one and not reset.

Collecting all Explorer Notes unlocks an additional 10 levels for your character.

The One Who Waits