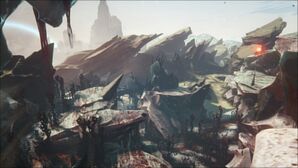 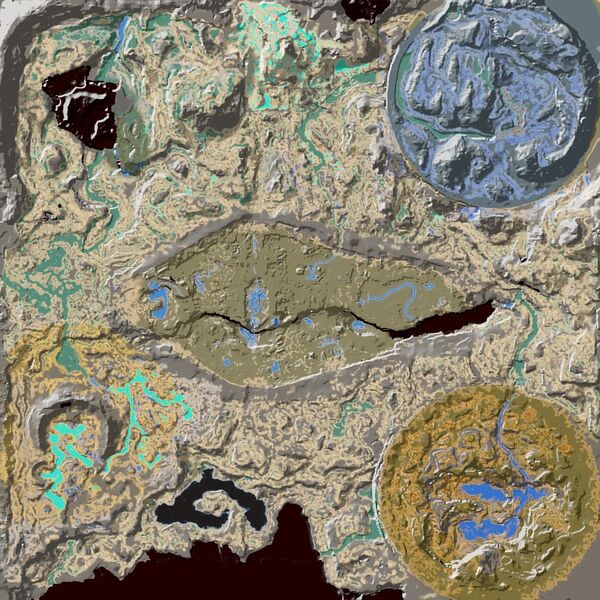 The Forbidden Zone is a region in the Extinction DLC.

The Forbidden Zone is a very dangerous area that leads up to the King Titan Arena. It is frequented by Corrupted Creatures including

Corrupted Giganotosaurus. Any attempts at making a base here would most likely fail. The Temperature 30 °C or 86 °F makes it to where you dehydrate easily while water is scarce and the huge threats here can easily kill Survivors.

Meteor showers are common in the Wasteland. The Forbidden Zone, and other sections of the map outside of the Sanctuary, the Sunken Forest or the Ice and Desert Domes, are unsafe from meteor showers, which not only instantly kills anything where it lands, it can also destroy anything near it.

Note: Silicate, a substitute for