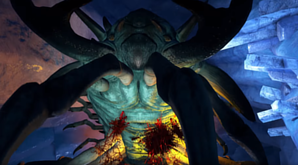 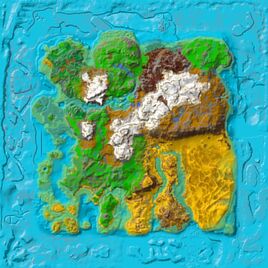 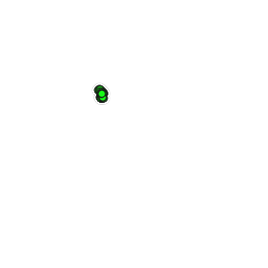 The Iceworm Male is found burrowed in the ice caves. When a player gets too close, it will emerge from the ground and attack.

The Iceworm Male has a light blue color scheme with white appendages and grey claws.

This table contains the stats a creature has at Level 1, as well as the amount that each stat increases by when it is leveled up both in the wild and when domesticated.

The Iceworm Male does a lot of damage but is easily killed. It is a heavy hitter capable of ruining armor. Fighting them alone is not wise considering that not only will you have no backup, but at times more than one may pop up. Iceworms will spawn behind you if you linger too long in one room so it is best to kill them and quickly advance.

Using ranged weapon is very effective as long as there is another person in front taking the hits with a high durability shield. This is the most efficient way, however it does require more than one person. An alternative way is to hold a very strong shield in one hand and a very powerful sword in the other. This tactic is dangerous but can be executed well if your sword attacks and shield blocks are timed well.

There are many weapons capable of killing Iceworm Males considering its low health, however some are far more effective than others. If using ranged weapons, it is advised that one uses a high damage shotgun capable of bringing down the worm in one or two hits. One or two shotting the worm is the fastest method and therefore gives it less chances to attack. Assault rifles can be used but are less effective because they have a lower dps relative to killing the worms. High power assault rifle can and will take down the worms if high power shotguns are unavailable. As mentioned above, swords are a good option if you are alone. Because your survivor can hold a shield in one hand and a sword in the other you can attack the worm between its attacks and block when it hits. Worms take down shield durability quickly so bringing spares is advised. This method will NOT work with spears/pikes as you can not hold a spear/pike and a shield at the same time; similar to any firearm.

It deals a lot of damage and can kill you very quickly without a shield or armor. They also re-spawn very quickly and will appear behind you if you do not move quickly. Bringing spare armor is advised because they are capable of draining armors durability in only a few hits. It is advised that one not sprint through the caverns because unlike deathworms, Iceworms will pop out of the ground extremely fast and even land a hit before it has fully surfaced.They also will occasionally take zero damage if they are hit on the very top of their head or back(of course hit boxes in ark are never perfect).

It has low health which renders it vulnerable to high dps weapons. As long as it is killed quick, the worm most likely will not cause an extensive amount of harm. Iceworms also make a very distinguishable sound when they rise from the ground so you will know if one has sprouted up behind you, of course, you would find out regardless after it has landed a hit on you.